Guide to Zigbee Motion Sensors (And Why You Should Get One) 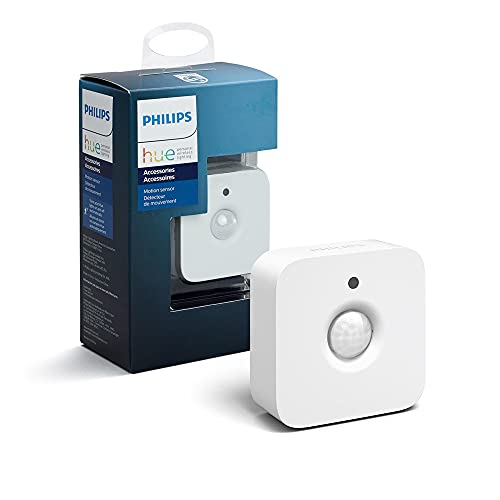 Offers you instant and accurate alerts immediately movement is detected; magnetic mount for easy installation; a built-in daylight sensor that triggers lights to turn on only when there is insufficient light

Alternatively, another pick for zigbee motion sensor that you can rely on for your smart home security needs is the SYLVANIA E21266 Lightify Motion Sensor (Price not available). It also has a temperature sensor to detect temperature changes in a room. Samsung SmartThings Motion Sensor ($98.90) is also a viable pick, although missing light sensor. It can be used to sense motion within a range of up to 15 feet and has an impressive 120 degrees angle of view.

What Is A Motion Sensor?

A motion sensor also referred to as a motion detector, is a device that senses movements within a certain range. The sensor is either designed to be used either outdoors or indoors.

Additional features can also be incorporated to improve the security of your home or add convenience in performing various activities. For instance, motion detectors are commonly integrated into a security system that triggers an action or alert whenever motion is detected in an area.

What Is Most Important In A Motion Sensor?

There are a few very crucial factors you need to consider when purchasing a motion detector. These include:

There are four common types of motion sensors. These include:

Pro-Tip: Limit the range and field of view on outdoor sensors to minimize false alarms caused by passing cars and leaves. To limit the field of view, even more, consider applying tape around the detector. Or, you can invest in a sensor with an adjustable field of view.

Different types of motion sensors have various power source options. Battery-powered detectors are often very easy to install. They can be installed anywhere within a building.

Other systems need to be hardwired to your system. These often provide a wider range of view than battery-powered detectors. Solar-powered devices are more expensive and rely on solar power to function. Thus, choose a sensor with a power source that suits your specific needs.

Motion sensors can have a range of up to 120 feet and a field of view of roughly between 100 and 300 degrees. In case you only need a sensor that detects motions for a shorter distance, a good option is one with a shorter range and narrower field of view.

Motion sensors with a wider range and angle of view can be used outside to scare or detect likely intruders from a distance.

Some motion sensors come with a magnetic mount for easy DIY installation. But, the installation of some other options is more time-consuming. Some AC powered devices may need professional help hardwiring them into your current wiring.

Normally, motion sensors will include various other additions. For instance, some sensors have built-in light sensors which cause lights to switch on when motion is detected and off when no activity is detected. Others can trigger alarms, video recordings, or doorbells.

Philips Hue Indoor Motion Sensor is one of the best zigbee motion sensors. It is very well-made, wirelesses, and runs on battery. On top of that, it has a lux sensor that prevents it from operating during the day.

When compared to our other two options (discussed below) this detector is the most reliable. It has an excellent response time. And, the Hue bulbs light up immediately motion is detected.

You can configure the device to automatically switch off the light when there is no activity sensed in a room. It is compatible with Amazon Alexa, Apple, and Homekit.

Users of this motion detector love the fact that you can set it to automatically switch off the lights if it does not sense any activity in a room for a period of say, 5 minutes. They also add that this feature is very crucial for users who often forget to switch off the lights.

Other customers who bought this sensor were impressed by the fact that it can as well detect temperature changes in a room. The battery life is also good and can last for more than a year.

Another feature that its customers find very useful is the ability to set up the light brightness. You can dim the brightness of your bulbs at night so that the light is not so bright to wake you up. They also have a good range of detection and can light up immediately you approach your hallway.

The major complaint among most users is that the Hue app has limited functionality. It offers nothing beyond basic motion detection.

For instance, there are only two periods to select from, that is, 6 pm – 8 am or 8 am – 6 pm. Users wish that the app allowed them to customize their preferred time. It does not also allow its users to isolate lights in a room. All lights will either turn on or off.

The Philip Hue Motion Detector is best used indoors since it is not weather resistant.

Installing this device is a breeze. You can either mount it to a wall using the included screws or you can place it freely on a flat surface. Because the mount is magnetic, you can adjust the detector to be at an angle for optimal performance.

Also, the setting it up is very easy. You’ll only need to follow the simple guide provided in the Hue app. The settings can also be personalized depending on individual preferences. In just two to three minutes, and, the sensor will be ready to use.

Note that this sensor also needs a Hue bridge to function. Once connected to a Philips Hue bridge, you can use the device to control any appliance that is compatible with Homekit. 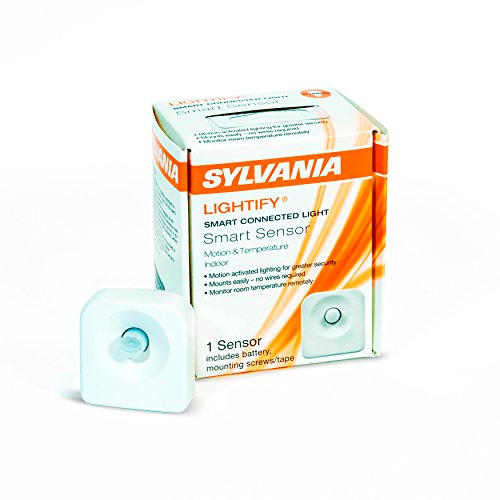 If you are looking for a device to help you keep tabs with what is happening in your home, the SYLVANIA E21266 Lightify Motion Sensor Light is a great option. It is a wireless sensor that has built-in motion and temperature sensors.

Since it is battery operated, this device can be easily mounted at any convenient place in your house. Unlike, the Philips Hue Indoor Motion Sensor, this one is more affordable. It is also compatible with Wink Hub. Thus, you can configure the Wink Hub to turn on the A.C whenever the sensor detects very high temperature.

On the other hand, this device is not as sensitive as the Philips Hue Indoor Motion Sensor. At times, it is slow to detect motion changes. Temperature changes are also only updated once per hour.

Most users say that setting up this device is a little more consuming than anticipated. In addition, the instructions provided are shallow. Others complain that it is sometimes unreliable. Since the detector is not pet-sensitive, it triggers lights to switch on even when pets pass by.

Other than that, this motion sensor is a decent device that does exactly what it is advertised to do. 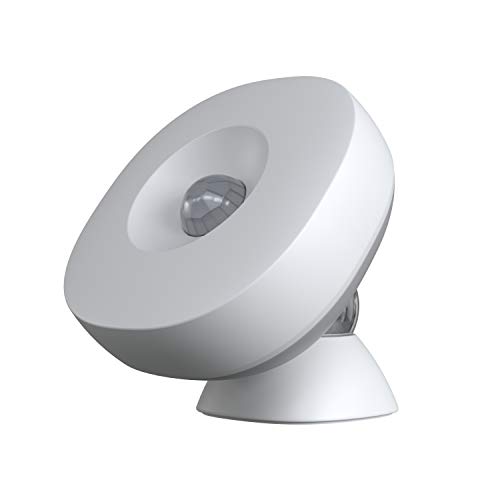 This detector is probably one of the easiest to install. It has a magnetic mount that can be attached to any magnetic surface. Or, you can just mount it on a wall without needing any screws. You’ll only peel the sticker at the bottom and press the device on the wall.

A feature that makes this motion detector stand out is its ball and socket magnet mount. This enables you to easily position the sensor at the desired angle for best motion detection.

However, this device does not have an option to mount permanently on the wall. Thus, in case the adhesive weakens you may need to improvise a way to keep it intact. Also, its motion detection accuracy and overall performance cannot match that of the Philip Hue Motion Sensor.

Users who have purchased this device complain that sometimes, the sensor will automatically disconnect when not connected to the hub. A good number of customers also wish that they could customize the periods in which they received motion detection alerts. They also add that the tape is weak and the sensor may fall after a few days.

What Are Motion Sensors Used For?

Motion detectors are a must-have component for any smart home. They play a central role in the provision of home security. On top of that, the convenience they offer in your home is unmatched.
These detectors can sense when a person enters or comes too close to your building. You can then set them to alert you when such motion is detected. Or, you can have them perform various actions such as ringing an alarm, switching on the lights, etc.
Some modern motion detectors have built-in cameras that will automatically start recording once motion is detected. Other options have built-in light sensors that switch on the lights when motion is detected.

Can You Configure Motion Sensors Not To Be Triggered By Pets?

There is nothing as devastating as waking up to a false alarm caused by one of your furry friends. With this in mind, home security solutions companies have now come up with technologies that can prevent this from happening.
Some current motion sensors have advanced technologies that can allow pets to walk around freely without triggering any false alerts. These sensors are weight-sensitive and will only detect movements caused by persons/animals weighing more than 40 pounds. In case you own larger pets, you can as well set your detector to ignore weights that are less than 60 (or 80) pounds.

How Far Can Motion Sensors Work?

The distance a motion detector can sense can be anywhere from 30 feet (sometimes less) to over 100 feet. These can have a field of view can be as narrow as 100 degrees or as wide as 270 degrees.
If you are looking for a motion detector to use indoors, go for one with a shorter range. On the other hand, outdoor sensors should be able to detect movement that is further away.

Motion detectors are a must-have component for any smart home. They play a central role in the provision of home security. On top of that, the convenience they offer in your home is unmatched.

How Do Motion Sensors Lights Work?

Motion Detector Lights are designed to turn on lights whenever they detect heat waves from moving objects such as animals and human beings. The lights can be set to stay on for some time, anywhere from one minute to one hour, after which it automatically turns the light off unless some motion is detected again.

The motion sensors are also fitted with photocells which deactivate the movement detecting lights during the day. 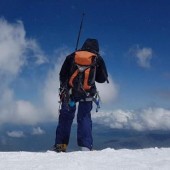 How To Make Your Light Smart (And 8 Best Zigbee Lights) 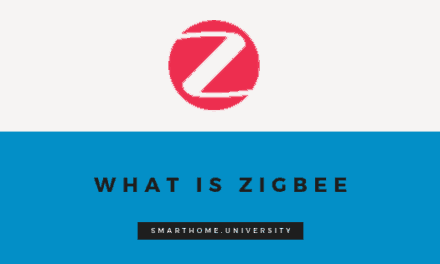 What is Zigbee? (Definitive Guide)

Smart Dimmer Guide (And Best Zigbee Dimmers you can buy) 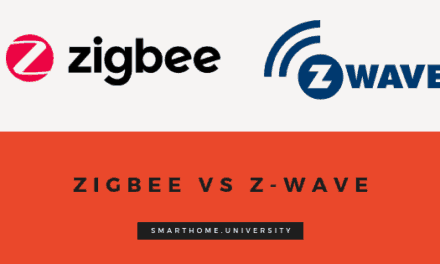 Zigbee Vs Z-wave (What is Better For Your Smart Home?)