A business network, usually large enterprise business setups, may need a managed switch, as opposed to needing an unmanaged one. In most cases, they’re the preferred option over unmanaged switch because of the extensive functions and features they offer.

One of that is allowing a business to have complete control and monitoring over the entire network setup. A managed switch like the Ubiquiti UniFi US-24-250W comes with 24 ports, which allows you to add more devices to the network while having granular control over them. Managed switches are more secure with their advanced network security. On another note, managed switches can be very expensive, such that a small business or home may not be able to grapple with the benefits of spending that amount on a single switch. This further push their suitability for larger business and organizations.

Network size: It should be considered that the network size may also determine which of them a business should go for. In some cases, it might happen that several users converge on a network such that it’s beyond the scope of an unmanaged switch. This often happens with bigger organizations. In that case, a managed switch offers the most suitable solution.

In addition to all that, it’s also important to consider more than just the size of the network when looking at choosing between a managed and unmanaged switch for a business. You want to also consider your needs, how complex the network might be, etc. For example, you may want more security capabilities. Even if it’s a small setup, there may be significant data being transmitted through the network that you want to protect. A managed switch, again, is the more appropriate option. 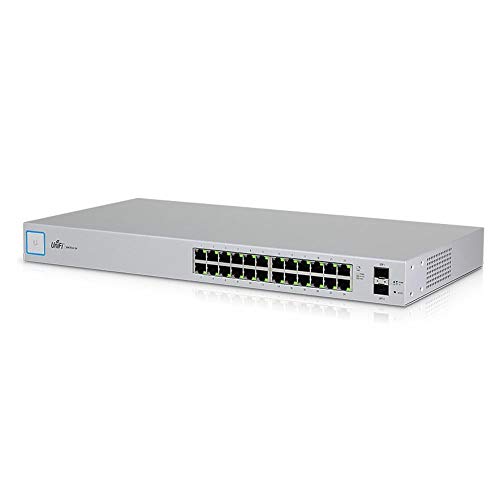 Ubiquity is a bit pricey, but one of the best for businesses due to great quality and ease of management. It has a 24 Gigabit port, 2 Gigabit SFP (Small Form-factor Pluggable) and 52 Gbps switching capacity. It features the 802.3af/at PoE across all of the ports up to a total of 250 watts of power output.

Managed or Unmanaged Switches for Home Use

Sometimes, choosing a switch for a home network is more than just what a user can determine. In most cases, the help of a network manager may be needed in evaluating the current needs of the home. And thus, a fitting recommendation is provided based on that. This is similar to businesses too, whether big or small.

Fortunately, managed and unmanaged switches work differently from each other and can serve entirely different purposes. However, the reason for choosing one over the other is oftentimes based on the size of the network.

So, if you’re a home user, you probably don’t have an extensive network like that of a large business outfit. In that case, you don’t need sophisticated configurations nor do you have to handle the technical aspects of the network. This makes the unmanaged switch the ideal candidate for your network setup.

A single office, small business, and home don’t need more than a few ports and features that an unmanaged switch can offer. A device like the Cisco SG300-10MPP-K9-NA only come with 10 ports, which is suitable for a small business network. Also, a setup like this doesn’t need intensive threat monitoring. They’re less of a target than bigger networks. Thus, an unmanaged switch may be the most suitable for a home setup. 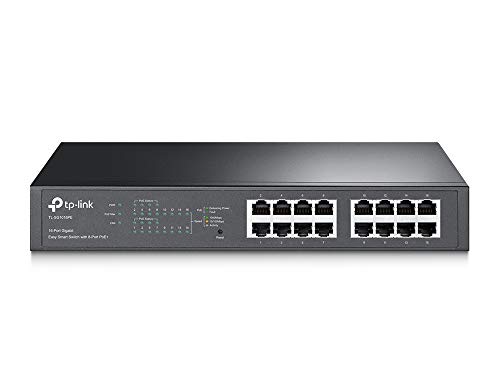 This switch from TP-Link do not have the best performance capacity, but it is more than enough for home network. It will serve well your NAS, PoE cameras and streaming 4k content with the peak rate at 2000 Mbps. It comes with 8 PoE+ ports ; up to 30w per port

The Main Differences between Managed Switch and Unmanaged

Basically, an unmanaged switch offers a plug-and-play installation while a managed switch may require more advanced configurations and monitoring. However, the differences between the two are far greater than that. They offer different performance, security capabilities, application, and features.

In terms of features, unmanaged switches often have fixed configurations and you don’t have to make changes to them. They offer less control over the network, regardless of the application. A managed switch, on the other hand, lets you configure, monitor, and manage your network more effectively. You’ll also have control over your LAN traffic, including virtual LAN and all the devices in the network. Moreover, you can analyze the traffic and add/delete devices on the network.

In terms of performance, an unmanaged switch is more of a device that’s designed to work perfectly the first time. This means you don’t need any adjustments, reconfigurations once you connect them. This makes them simple to use in any network as you don’t have anything to setup. A managed switch, on the other hand, needs to be configured, sometimes extensively. And since you can prioritize the channels in your setup, a managed switch allows you to get the optimal performance where you need it most. Other features like SNMP (Simple Network Management Protocol), etc., allows for remote analysis so you can easily get to any issue affecting the network performance and fix them quickly.

Security-wise, a managed switch is more secure than an unmanaged switch. They come with advanced security features, compared to unmanaged switches that have only basic security features built into them. A good example is the NETGEAR 48-Port Gigabit Switch , which comes with advanced features enabling more robust security and quality of service for your business needs. Moreover, a managed switch lets you monitor threats on the network and the capability to shut them down before they affect your network. You can also manage, control, and protect your data with a managed switch than the unmanaged switch, especially if the network is complex and big. It should be noted that managed switches procure a lot of control, which might turn into a threat in the wrong hands. This is why it’s always recommended, as it’s safer, to provide only a technician with full access. Not only to preside over the network and monitor day to day activities but also to remove problematic user/device relatively quickly.

In terms of cost, unmanaged switches are less expensive. In fact, they only cost a few dollars to a few hundred dollars. A budget of $100 can get you a good one like the BV-Tech 4 Port PoE+ Switch. Consequently, the average cost of an unmanaged switch is dependent on the number of ports on the unit. The more ports you need, the higher the costs. As for managed switches, you pay a lot more. Although the features, security capability, access control, etc., affect the final price of a managed switch, they’re relatively more expensive, spanning hundreds of dollars for a single unit.

Managed switches come with a lot of features, making them a suitable option for sizeable network setups.

Here are some of the key functionalities:

Managed switches offer port mirroring feature, which helps in enhancing the troubleshooting capability of the network. This feature incorporates with an analyzer that receives all the traffic passing through this port and make them ready for further scrutiny. This makes it easy for analyzing problems in the network as network administrators can diagnose them without affecting the connection, especially at critical periods.

Managed switches come with this feature that hosts a collection of data paths for the network traffic. This ensures that when a problem occurs on one path, the traffic is routed through another so the connection doesn’t fail. This is made possible with the Spanning Tree Protocol (STP) function on managed switches. The function of this is mainly ensuring there is only one active path at a time, so as to prevent looping, and as a result, less downtime in the network.

Managed switches are useful for isolating traffic between groups of devices in the network. This is important for preventing or minimizing unnecessary traffic, which might bog down the whole network. Not only is this good for the performance of the network but also its security.

Managed switches offer Quality of Service (QoS), which is mainly used in prioritizing critical traffic across the network. The main benefit of QoS lies in enhancing the transmission of delay-sensitive data like voice data. This can be prioritized so that it’s not delayed in the process of transmission like other data that are not affected by the delay in their transmission.

Another useful feature of managed switches is SNMP (Simple Network Management Protocol. This is basically function as a device monitor on the network. This doesn’t just describe the status and health of each device in the network, but can also facilitate the exchange of data between them. Just like the port mirroring feature, this can make troubleshooting network problems by IT administrators a lot easier.

Who Should Choose Managed Switch?

Managed switches come in different modes, depending on their cost and brand. Some have only basic functions like QoS, network monitoring, VLANs (Virtual Local Area Networks), etc. These types are usually managed through a web browser and don’t require any software. They can be used by small businesses or the home. However, in most cases, these are more suitable for large enterprise setups.

Aside from the features above, managed switches can offer cable testing, static routing, Network Access Control List (for traffic control), monitoring (SNMP), Remote Authentication Dial-In User Service (for user management & security) and a lot more. These features are often needed by large business setups run by bigger business outfits. In most cases, a host of these features are not needed in the home or small business. That’s why managed switches are most perfectly suitable for medium to large organizations.

If you need more security, and that is essential in a large enterprise network where data breach can cost the business a fortune, a managed switch is preferred. But for a small business or home user who only want basic network functionalities, an unmanaged switch may be the best option. This also means that the time needed to set up the network switch will be minimal.

Who Should Choose Unmanaged Switch?

As a result, they’re the most suitable for a home or small network setup. This is because they’re simple and relatively easy to setup. Some models like the NETGEAR 8-Port Gigabit Unmanaged Switch and BV-Tech 4 Port PoE+ Switch come with 8 and 6 ports respectively. Both are cheaper than managed switches and ideal for a home setup. And since they don’t offer any management, it can easily be handled compared to managed switches. An unmanaged switch is all about choosing the number of ports you need, plug it in, connect your devices and your setup is complete.

Therefore, an unmanaged switch should be for a home, single office space, and small businesses. For an enterprise network setup, you may want to look at managed switches, as they offer more flexibility and are suitable for the rigor of a large network.

Disclaimer: SmartHome University is a participant in the Amazon Services LLC Associates Program, an affiliate advertising program designed to provide a means for sites to earn advertising fees by advertising and linking to Amazon.com.